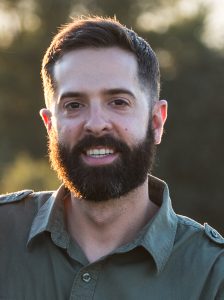 Adam is a dedicated film and video producer with a diverse background in content creation, media campaigns, digital marketing and event management. He graduated from Western Washington University with a degree in Communication and Journalism, building his resume’ with marketing positions at several Seattle-area software and musical instrument companies.  He worked side gigs as a freelance writer as well as the media director for nonprofit organization Save Our Sonics. As a former guitarist in Seattle area bands for ten years, his creative inspiration for filmmaking comes from the same place as his love for music and the written word.

Adam linked up with Jason Reid and the 2R Productions crew in 2009, going on to win a Webby Award as producer of the documentary Sonicsgate: Requiem for a Team (2009/2012). He has accrued a large portfolio of credits on creative films and corporate videos including Costco: A Company Built on Values (2012), Every Day is a Journey (2011), K2: Siren of the Himalayas (2012), Evergreen: The Road to Legalization (2013)  and Man Zou: Beijing to Shanghai (2010). Adam owns the film production company Lucid Visual Media and the marketing company Press and Promotion, each with several projects currently in production and development including The Kicker (In Post).