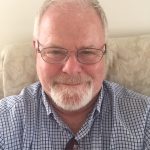 Ken Reid began his career in the broadcast industry when he was only fifteen years old. He worked on the air in the studio and on location as a disc jockey and newscaster. He moved into engineering for a number of years before eventually working behind the scenes in both audio and video production. Portrait and scenic photography also became a specialty of Ken’s. He joined forces with his son, Jason Reid, producing several corporate video projects for his company 2R Productions.