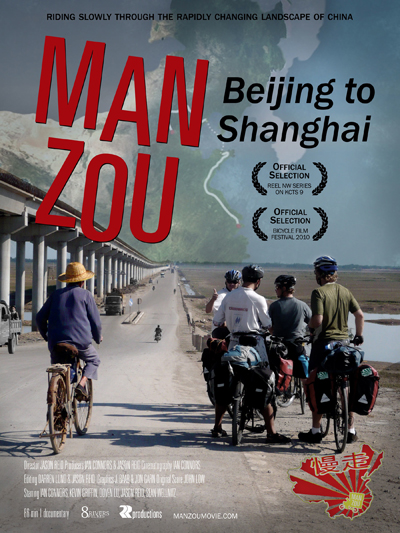 “A poetically entrancing journey across China… They find beauty, sacrifice, triumph, sorrow and a whole heck of a lot else along their path…” – Sarah Michelle Fetters | MovieFreak

“This film is much more than a basic travelogue. It’s a sociological look into a nation and people we probably should all understand a little better… wonderfully edited and filled with interesting images.” – Tony Robinson | KATU TV

“They capture a portrait of the country’s landscape and citizens that spurs important dialogue about America’s relationship with China… The cinematography is pretty delectable and, typical of a Reid production, the editing and music score betray expert eyes and ears working behind the scenes.” – Bond Huberman | CityArts Magazine

“Man Zou captures an intimate and unfiltered look at this dynamic country, its people and their culture.” – Anne-Marijie Rook | Ballard News Tribune

“It blew my assumptions of China out of the water and opened my eyes to the beauty that has been shrouded by the red curtain and cloud of smog.” – Ryan Schuetze | Go Means Go

“Filmmaker Jason Reid and friends make their way from the country’s political brain down to its pulsing, dynamic heart… ” – Aimee Groom | ChinaTravel.net