“Dirtbag: The Legend of Fred Beckey” has released to critical acclaim, winning 26 festival awards and rising to the top of the iTunes charts in the Sports and Documentary categories. It is a member of a select group of films to receive a 100% Fresh rating on Rotten Tomatoes.

Hailed as one of the most prolific and influential climbers of all time, Fred Beckey has become a cult hero in the outdoor world. His mountaineering accomplishments are unmatched. He eschewed fame, money and family life so his only obligation would be the next summit. This untamable athlete conquered more unclimbed peaks than anyone in history during his 80-year climbing career, staying myopically focused on the mountains until his death in 2017 at age 94. Spoken in hushed tones around campfires, Fred Beckey’s name has evoked simultaneous adulation and vitriol since the 1940s. He pioneered the lifestyle of the freewheeling American “Dirtbag” — one who forgoes material comforts and defies societal norms to pursue a nomadic life of outdoor adventure — leaving a long trail of scorned climbing partners and lost lovers in his wake.

A scholar and author of essential climbing guides, an environmentalist ahead of his time, a polarizing figure and an inspiration to all who yearn to live life on their own terms, this iconic mountaineer has remained shrouded in mystery until now. 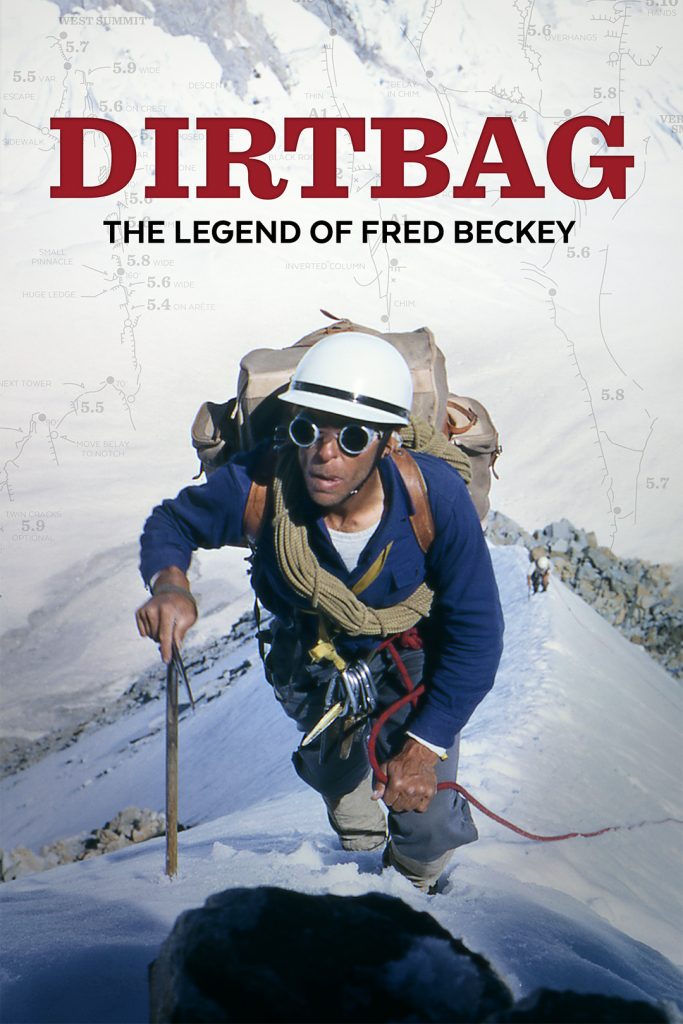 In January 2014, 2R Productions and Lucid Visual Media partnered with Sports On Earth to produce a series of short documentary films released online.

“The Finish Line” premiered in April 2014 and was named a Webby Awards Honoree in April 2015. The film examines the inspiring journey of Bill Iffrig, the 78-year-old runner whose image became iconic when he fell 20 feet from the finish line at the 2013 Boston Marathon bombings.

After winning Best Sports Film for our documentary “Sonicsgate” in 2010 and having “Mr. Irrelevant” named an Honoree in 2014, we’re thrilled to have our work recognized again this year by the Webby Awards, the Internet’s highest honor.

Watch all three short docs we’ve produced for Sports On Earth below: 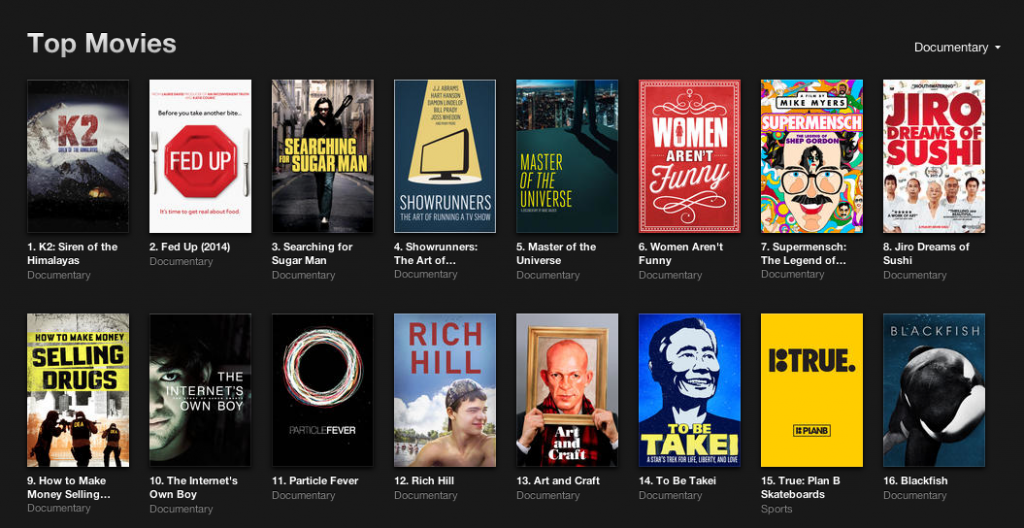 On December 24, 2014, K2: SIREN OF THE HIMALAYAS peaked as the Number One ranked documentary on iTunes. More than one moth after the film’s VOD and DVD release via First Run Features, it has stayed strong, continuing to climb the iTunes charts.

The film has remained in the Top 10 of both the Sports and Documentary rankings from its day and date release through the end of 2014, peaking at the top spot of both categories.

Our documentary EVERGREEN: THE ROAD TO LEGALIZATION is now available on iTunes!

EVERGREEN tracks the historic legalization of recreational marijuana in Washington State, examining the inside story of I-502 and the groundbreaking impact of this controversial decision on American drug policy.

After an award-winning international festival run, K2: SIREN OF THE HIMALAYAS is opening in New York City at the Quad Cinema (34 West 13th Street) for a week long run starting August 22.

Tickets are available for daily screenings at 1:00pm, 4:30pm and 8:05pm. Filmmakers Dave Ohlson and Jason Reid will be in attendance opening weekend.

“Evergreen: The Road to Legalization” is in the midst of a limited theatrical run thanks to our distributor First Run Features.

“Evergreen” is sparking debate and getting outstanding reviews across the country, as other states prepare for the 2014 election season and ramp up drug policy reform efforts.

“Evergreen” opens this weekend in Seattle at SIFF Film Center, with the city’s first recreational cannabis stores opening their doors officially on July 8.

Get your Seattle tickets now: siff.net/cinema/evergreen

We’re also excited to announce new bookings in Alaska and Oregon! If you want EVERGREEN to play in your city, contact your local independent theater and let them know:

July 11 at Darkside Cinema – Corvalis, OR

Seattle area people! The filmmakers will be in attendance and hosting Q&A sessions immediately after screenings throughout opening weekend.

All you need is a ticket to any EVERGREEN SIFF Screening to join us at the Opening Night Afterparty following the late show on Friday, June 27:

“Marijuana’s Journey to Legitimacy. This assured documentary is loaded with rancor … the battle isn’t over whether pot should be legalized, but to what extent.”
– The New York Times

In January 2014, 2R Productions and Lucid Visual Media partnered with Sports On Earth to produce a series of short documentary films released online.

“Mr. Irrelevant” premiered in January and was named a Webby Award Honoree in April. After winning Best Sports Film for “Sonicsgate” in 2010, we’re thrilled to have our work recognized again by the Webby Awards, the Internet’s highest honor.

Watch all three short docs we’ve produced for Sports On Earth so far below:

Our new feature documentary EVERGREEN: THE ROAD TO LEGALIZATION IN WASHINGTON made its World Premiere at the Seattle International Film Festival (SIFF) on June 6 with an Encore Screening on June 8! The reviews are starting to roll in, and we couldn’t be happier with how the final cut was received by a packed crowd. SIFF has named EVERGREEN as one of the Top Ten Documentaries at the 2013 festival. We’re honored to be included. Thanks to everyone who worked hard to finish this project, the I-502 issue will be pushed forward and hopefully reach the national stage. We’re working hard to get a wide distribution deal for this film now. 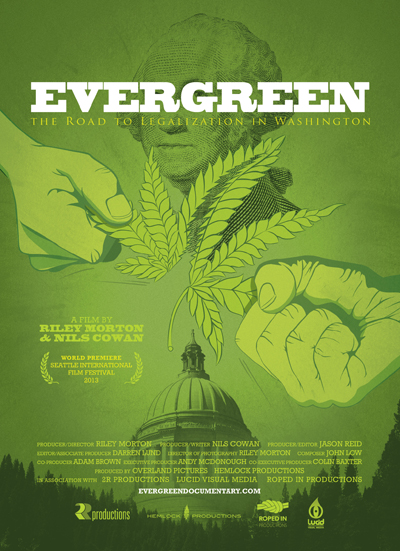 We’re proud to announce that our film K2: SIREN OF THE HIMALAYAS will make its U.S. Premiere at Mountainfilm in Telluride on Memorial Day Weekend 2013! This is the perfect place to experience our K2 documentary on the big screen. See the official press release for more details and check out the festival at mountainfilm.org.

We had a successful world premiere of our new feature documentary “K2: Siren of the Himalayas” at the Banff Mountain Film Festival last week!  Serendipity struck again in our favor, as our post-production team put the finishing touches on the movie just in time to premier at a special Banff Centre live event with one of the stars of our film, Gerlinde Kaltenbrunner.  The audience responded well, and the film received interest from a few distribution outlets.  We’re planning the U.S. Premiere next, stay tuned!  www.k2siren.com 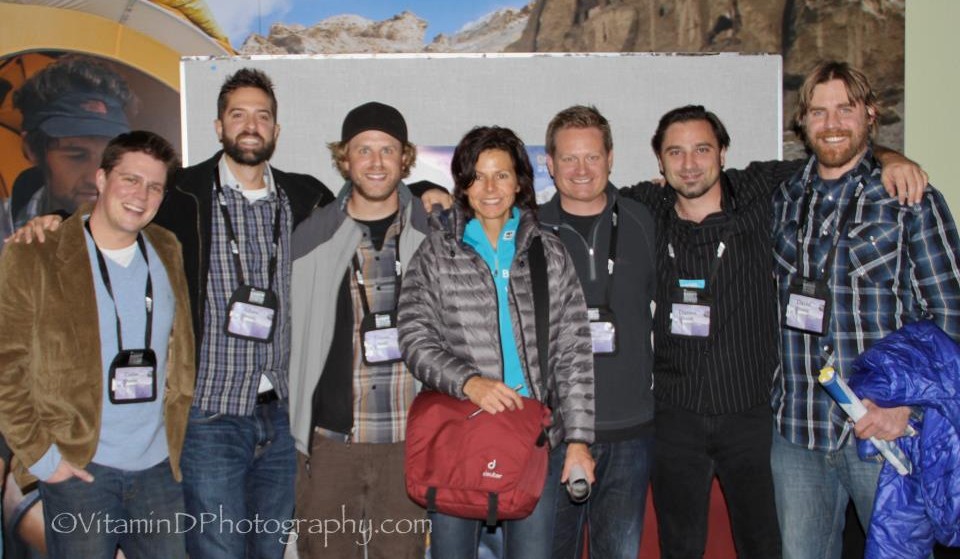 2R Productions is honored to win a 2012 Telly Award in the category of Videography/Cinematography for a video we produced titled “Costco: A Company Built on Values.”  The 2R Productions team created this documentary-style retrospective video with other Costco founding members as a surprise for co-founder Jim Sinegal as he stepped down from his post as CEO this year.  The video highlights Costco’s early roots, fast rise and worldwide revolution of the warehouse club business.  It premiered at the 2012 Costco Annual Shareholder’s Meeting to rave reviews from the audience and media in attendance.